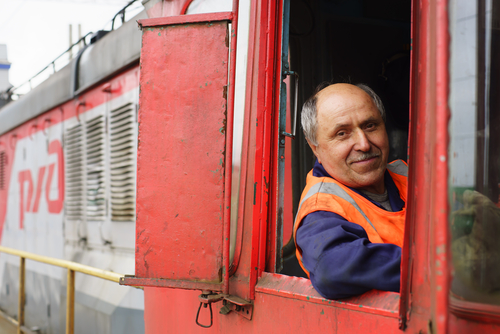 Following a series of safety incidents over a 12-month period, MTM recognised the need to address its safety culture. As the senior leadership team had varied views on how to proceed with this, MTM was referred to Interchange through the rail safety network.

We were subsequently engaged to conduct a series of two-day forums to raise awareness about what’s involved in changing a safety culture, to help the executive team reach a common vision for cultural transformation, and to facilitate a discussion around safety strategy.

We also interviewed and filmed the CEO to capture his safety story and desire for cultural change to drive safety improvement. Additionally, we developed and shared a pre-forum pack to start raising awareness about the project which would engage the leadership team as they crafted their own personal safety stories.

Using the findings from the MTM discovery phase, we designed a culture change program that incorporated survey and safety data. This included a focus on key behavioural areas including strategic thinking, building relationships and accountability. Reflecting the current MTM culture and operations within this program was also crucial to the process.

We delivered three two-day forums with the extended senior leadership team. The focus of the facilitation was twofold. We built leadership skills in the area of safety. We also facilitated discussion which would allow the leadership team to hear one another’s perspectives. This ensured the team become more aligned in their view of how cultural change should be managed.

Each program was delivered by two Interchange facilitators, with the sessions incorporating positive and social psychological theory and practical activities.

Participants engaged in strategic discussion and planning, and space was also allocated for the leadership team to test their new-found skills in a safe environment. Our facilitation team also challenged participants by drawing on the techniques and principles of drama to help leaders learn in the best way possible: by doing.

At the end of the two-day program, participants were tasked with actioning the changes they had committed to. Our facilitators then connected with each of the participants via one-on-one coaching sessions to offer support and guidance.

Our program resulted in the leadership team agreeing on a roadmap for what needs to come next, and making personal commitments to changes they would be implementing post-forum to progress cultural change.

During the forum, leaders identified the behaviours they thought would have the most significant impact on shifting the safety culture at MTM and took a collective vote on the top five critical behaviours required to drive change.

A storytelling skills development session saw participants break into four groups to learn the techniques required to deliver a clear and meaningful safety story. This activity resulted in a commitment from the leadership team to share safety stories with their direct reports, which would help the wider organisation embark on its journey of cultural transformation.

Our facilitation is often supported by assets such as film, animation and theatre to bring our content to life and ensure high engagement levels from participants.